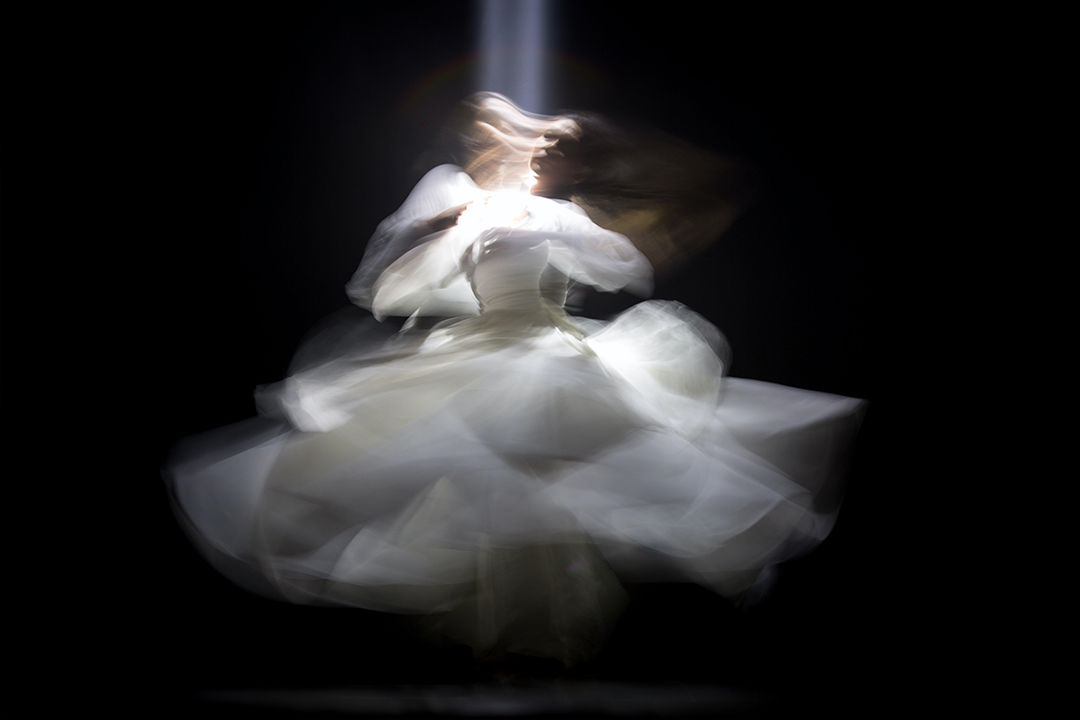 I seem to be spending a lot of time, in these days of lockdown, reflecting on the earlier days of life and the impact of my background and traditions on the things I have believed and why I believed them.

In the last four posts I have looked at a number of issues in relation to the dominant religious tradition of my youth – that of the Calvinism. I experienced this in Churches of both the Presbyterian and Baptist tradition which, at one time or another, we attended as a family. As I have said my mother came from a strict Presbyterian tradition while my father’s background was in what is known as the ‘Plymouth Brethren’ – or simply ‘The Brethren’.

As I was to discover later in life, although people outside this movement tried to box ‘The Brethren’ in to a theological box they called ‘Armenian’ – there was within it a variety theological beliefs. One of beauties (IMHO) of this movement, given the independence of each ‘Church’ or ‘Assembly’ was that, to a great degree, different views (within a fundamental framework of core beliefs) were tolerated and held in a tension that allowed open and frank debate. This was something I would later find invigorating and healthy as well as opening the mind to think outside the box. By my late teens, having been left to my own devices as far as church attendance was concerned, I had started attending a Brethren Assembly.

One of my early interests in things theological was Biblical Prophecy – and that subject was one which, from childhood, I heard spoken about on a regular basis when attending conferences within my father’s tradition. In my teenage years we also had a close family friend who visited our home on a weekly basis to teach from the Bible – in particular from the prophetic scriptures. If there was ever a book that should not be judged by its cover – it was this man. He was, by that time (although I had known him since childhood), a retired Presbyterian Minister of the Free Church of Scotland. However in theological conviction he was both a Baptist and Premillennial in his view of Bible Prophecy – neither of which were in line with the standard teachings of his denomination. Although a Highlander, born and bred in the northwest of Scotland, our friend had gone on to study at Dallas Theological Seminary in the USA were he was a contemporary of John F. Walvoord president of Dallas Theological Seminary from 1952 to 1986. Walvoord was the author of over 30 books, focusing primarily on eschatology and theology including ‘The Rapture Question’ and ‘Things to Come’, a copy of which was my ‘go to’ book for eschatological matters for many years.

From Dallas this man had gone on to be a pioneering missionary for his denomination in South America where he would later build Bible Schools and teach in them. He was a remarkable man whom I always held in the highest regard. I cannot remember now much of what he said way back then. Strangely though, one thing he said, more than once, sticks with me. When reading 1 Corinthians 15:22 – ‘As in Adam all die, so in Christ all will be made alive.’ – he commented – ‘Always remember this is the central text in the Bible’. Almost 50 years later I think I am beginning to understand a little of what he meant – but that’s a story for another day.

Shortly before his death our friend was blind for about a year. I will never forget what he said the last time I visited him in the small living room of his home – ‘I have learned more of God in the last year (in his blindness) than I did in all my years of studying theology’. For a man who had given his life to study, lecturing on theology and preaching I was stunned by his words. However they set me on a journey I am still pursuing. There is more to God than meets the eye!

I have shared elsewhere here another journey – that as to how, what I believe to be legitimate views in relation to the prophetic scriptures, held in grace along with others of a different opinion, became a cult I could no longer support – so I will not go into more detail at the moment.

However, one of the miles on that journey was to become aware of the fact that the city of Jerusalem was much more than it appeared to be in my understanding of biblical prophecy.

As I walked through the streets of Jerusalem (which I did literally as well as in my search for a true understanding of what it represented) – the question that bothered me was this – why was/is God so interested in the bricks and mortar of a material city? Some time later I remember very clearly sitting with a group of friends one evening in the company of a man who preached internationally on these matters and in particular on the place of Israel in God’s plan and purposes. I raised this question with him, genuinely and with no ulterior motive. I was surprised therefore when he turned away and completely ignored my question. That concerned me. In fact I suspect he had no answer to give.

Jerusalem, as a geographical location, is the glory of many Christians. I have friends whose life ambition is to live there – some to die there. Why thoughts of Jerusalem have come back to me in the last few days I am not sure – but I have been thinking a lot about it. Perhaps it’s because, while working recently, I have been listening to a lot of Scottish Metrical Psalm singing and, as you know, Jerusalem is prominent in many of these.

One of the favourite Psalms here in Highlands of Scotland, perhaps for obvious reasons, is Psalm 121.  It begins –

‘I to the hills will lift mine eyes, from whence doth come mine aid.’

Of course, much although we would like to think this Psalm refers to the hills we see around us everywhere in Scotland, the truth is that the hills spoken about here are the hills which surround Jerusalem – and the ‘aid’ and ‘safety’ come from there. Psalm 121 as many will know is a ‘Song of Ascents’. Such Psalms were sung by pilgrims making their way to Jerusalem to attend its annual festivals.

‘My safety cometh from the Lord, who heav’n and earth hath made.’

And here is the rub. Jerusalem is a symbol of the God who dwells there. But when that God departs – Jerusalem, as it were, has lost its soul. It really is then just a place of bricks and mortar. Or so it seems to me ( I am still open to be corrected on this assumption). The coming of Jesus appears to confirm this however. The temple which, along with the city, symbolised the presence of God is about to be reduced in rank. Remember the words of Jesus to the woman he met by the well in Samaria –

‘The time is coming when worshipping the Father will not be a matter of ‘on this hill-side’ or ‘in Jerusalem’. Yet the time is coming, yes, and has already come, when true worshippers will worship in spirit and in reality. Indeed, the Father looks for men who will worship him like that. God is spirit, and those who worship him can only worship in spirit and in reality.

You might have thought this would be the argument to end all arguments as to the true meaning of Jerusalem – but sadly not. The problem, it appears to me, is that people want to see material realities with physical eyes – not the spiritual reality with the eyes of the spirit. So we have Christians who speculate and dream of the building of a new temple in Jerusalem – apparently oblivious to the fact that the temple has been, once and for all, superseded by ‘The Cornerstone’ – prophesied by Isaiah.

‘Therefore, this is what the Sovereign Lord says:
“Look! I am placing a foundation stone in Jerusalem,
a firm and tested stone.
It is a precious cornerstone that is safe to build on.
Whoever believes need never be shaken.

This is, I believe, symbolic temple language. Jesus was and is the ‘Precious Cornerstone’. Not only so but he was The Sacrifice to end all sacrifices – so why would you want to go back to a material temple with a sacrificial system? Of course we also know that the material temple, and before it the tabernacle, were copies or shadows of a true reality which was spiritual and heavenly. The writer of the book of Hebrews, talking about the priests that served in the temple/tabernacle says this –

‘They serve in a system of worship that is only a copy, a shadow of the real one in heaven.’

So in Jesus, the Messiah, the new, good things have come. The temple, that temporary meeting place between God and man, has been superseded – the veil has been torn. Jesus strong hint of this is of course misunderstood by the religious leaders of his day – but the Apostle John saw the deeper reality –

‘“All right,” Jesus replied. “Destroy this temple, and in three days I will raise it up.” “What!” they exclaimed. “It has taken forty-six years to build this Temple, and you can rebuild it in three days?” But when Jesus said “this temple,” he meant his own body.’

The Tabernacle and the Temple which replaced it functioned as the meeting place between God and man. Indeed, as we know,  the tabernacle in the Old Testament was known as ‘the tent of meeting’. But that meeting place has been replaced by a person – Jesus The Messiah. Interestingly, the Apostle Paul picks up on this imagery as he considers  passing from this life to the next –

‘For we know that if our earthly house of this tabernacle were dissolved, we have a building of God, an house not made with hands, eternal in the heavens.’

‘Ah’, I hear someone say – ‘but there is a temple in heaven – it is mentioned in the book of Revelation many times – and there is a new Jerusalem there as well’. True – and it would take a lot longer to study these in context than this short blog post will allow. But if we fast forward to the last mention of the temple in the book of Revelation and so the last mention in the Bible – this is what John declares –

‘And I saw the holy city, the new Jerusalem, coming down from God out of heaven like a bride beautifully dressed for her husband … I saw no temple in the city, for the Lord God Almighty and the Lamb are its temple. And the city has no need of sun or moon, for the glory of God illuminates the city, and the Lamb is its light. The nations will walk in its light, and the kings of the world will enter the city in all their glory. Its gates will never be closed at the end of day because there is no night there. And all the nations will bring their glory and honour into the city.’

A city like a bride! A city but no temple! A city but  no sun, no moon and no night! A city that, if we are honest, is beyond all human comprehensions or definition. The words of Samuel Rutherford come to mind –

The Lamb is all the glory
Of Immanuel’s land. 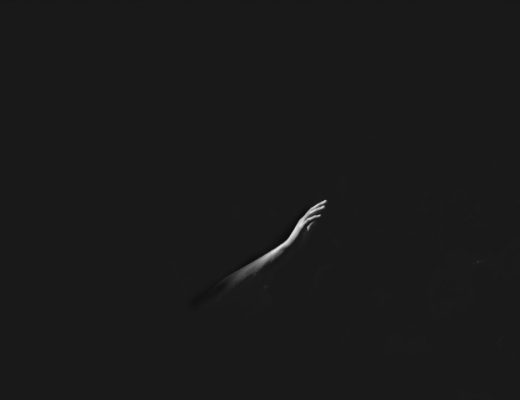 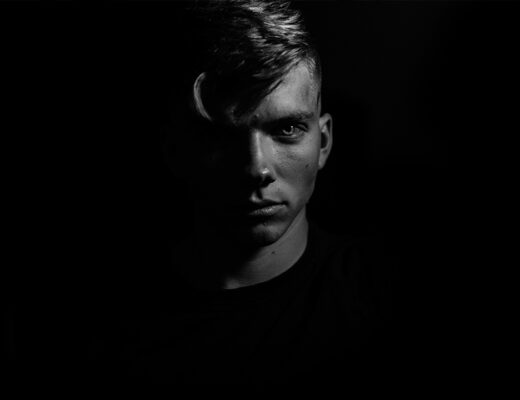 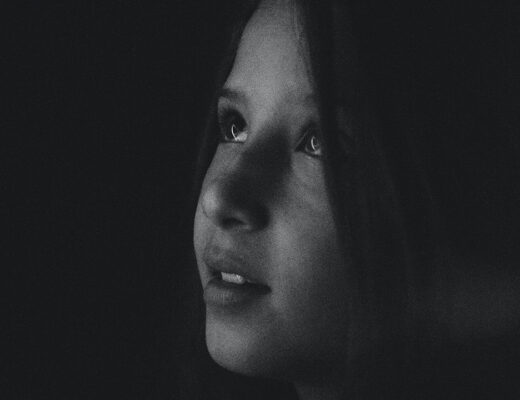