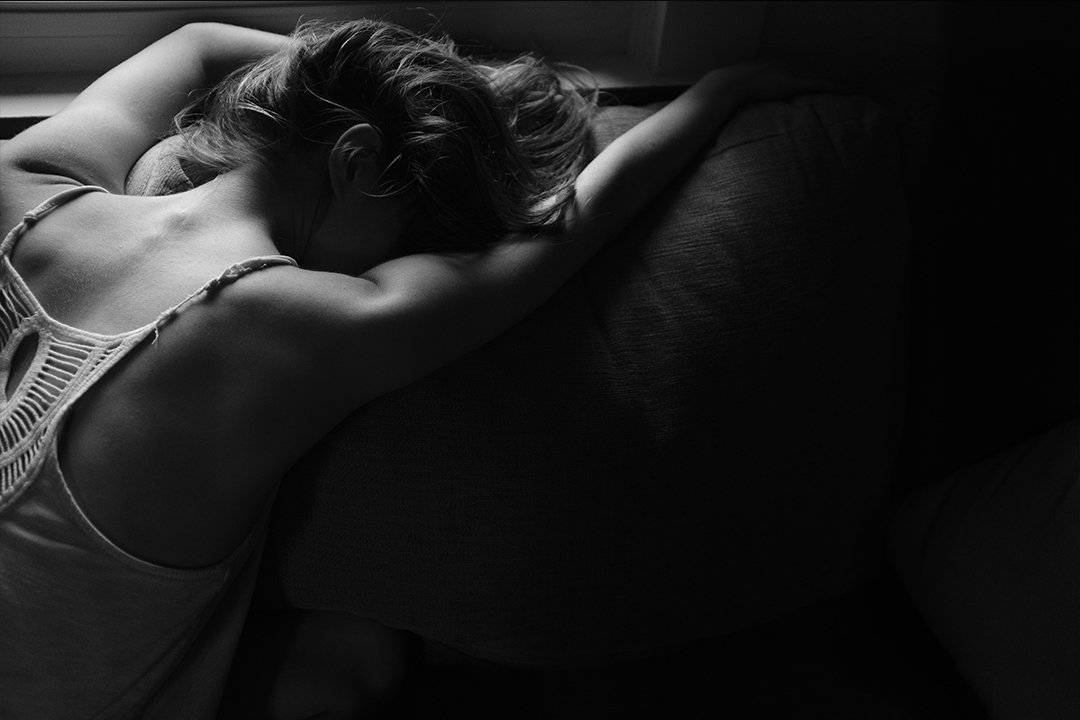 One of the questions that is being asked during this current crisis is what toll are the current restrictions and isolation, which is being forced upon us, having on the mental health of the population? However the silence of any answer to that question is deafening. I have no doubt that there are groups and agencies who know the answer to these questions – but it is certainly not, to my knowledge, in the public domain. Perhaps that is not surprising given the secrecy and lack of less explosive information which should be freely available but is obviously being hidden from us.

However, I strongly suspect that when the mist eventually clears we will be devastated to discover the toll all this has taken on the lives and mental health of our fellow citizens. How so you might ask? Well because there is publicly available data from other nations – and the results are truly shocking.

During June of 2020 the US Centre for Disease Control carried out a survey on the mental health of the nation. The results were published in August. One of the questions asked in the survey was this – ‘Have you seriously considered suicide in the past 30 days?’ In the 18-24 age group 25.5 percent replied that they had. In the 25-44 age group 16 percent answered that they had and overall 10 percent of those surveyed admitted that they had seriously considered suicide in the last 30 days.

These figures are truly shocking – but most shocking by far is to discover that over 25 percent of the up and coming generation in the richest nation on earth, a nation which claim to be the greatest of all nations – have considered taking their own lives in recent days.

In a subsequent interview Dr. Robert Redfield, one of the CDC physicians said this – ‘But there is another cost that we’ve seen, particularly in High Schools. We’re seeing, sadly, far greater suicides now than we are deaths from COVID’.

However tragic and alarming these figures are it is also sobering to discover that they are the peak of a trend which has been on the rise for some years in the USA (the same is true in the UK). In fact for the last three years life expectancy in the USA has fallen. Excluding war years this is almost unprecedented in a modern industrialised nation.

In 2019 the American Psychological Association, in a report entitled – ‘By the numbers: An alarming rise in suicide’, reported a 21 percent increase in suicides among boys and young men between 2000 and 2016. During the same time period suicide moved from being the 10th leading cause of death in the USA to the 2nd among people aged 10-34 and the 4th leading cause among people aged 35-54. Coupled with this is the alarming increase in deaths due to drug abuse. In June this year the ‘New York Magazine’ ran an article entitled ‘US Drug Overdose Deaths High Record High in 2019’. Another alarming statistic is this – in 2017 more Americans died of drug overdoses than during the entire Vietnam War.

And of course questions are being asked – and rightly so. In March this year the ‘New Yorker’ ran a major article entitled – ‘Why Americans Are Dying from Despair’. Also in March economists Anne Case and Nobel Prize winner Angus Deaton, released a book entitled ‘Deaths Of Despair’. This book immediately became a New York Times Bestseller. The opening paragraph of one overview of the book reads –

‘Life expectancy in the United States has recently fallen for three years in a row — a reversal not seen since 1918 or in any other wealthy nation in modern times. In the past two decades, deaths of despair from suicide, drug overdose, and alcoholism have risen dramatically, and now claim hundreds of thousands of American lives each year—and they’re still rising.’

You would be forgiven for thinking the USA is a society in terminal decline. Indeed many commentators and ordinary people have already come to that conclusion.

It is said that ‘When America sneezes, the world catches a cold’! Sadly that is true, not only in the world of finance, to which it originally referred, but also socially, morally, and spiritually. So when we turn to our own nation we see a similar trend at all these levels.

The latest available evidence for the UK comes from the ‘Samaritans’. Although it is not up to date their latest statistics show that between 2017 and 2018 the suicide rate in the UK rose by 10.9 percent. I suspect that more recent statistics will be alarmingly higher when they are eventually released.

Yesterday here in Scotland, as further restrictions were placed on our freedoms, the Scottish Conservatives Holyrood leader Ruth Davidson said: ‘There is a palpable sense of dread about the months ahead – the country is in for a hard, dark winter.’ Replying to her comment the first minister of Scotland Nicola Sturgeon said  she understood the ‘feeling of despair people feel across the country at the moment’. Perhaps she does – I don’t know.

So much then for the problem of despair – but what of the causes? I believe these are many and complex – isolation, loneliness, lack of community, purposelessness, lack of employment, poverty, lack of healthcare, illness and relationship breakdown to name but a few. All of these are highlighted in various studies and assessments.

But there is another reason often highlighted but rarely addressed. Listening to a highly regarded investigative journalist on these issues (who has publicly stated that his – ‘moral precepts aren’t informed in any way by religious doctrine) he said this – ‘Any addiction specialist, even ones who disagree about every question you could ask about addiction will always tell you the same thing – the root cause of addiction, at least one of them, is spiritual deprivation and mental suffering’.

I am not taking away from all of the other issues we have highlighted which lead to despair – but I would suggest that prominent among them is the ‘spiritual deprivation’ to which Glenn Greenwald refers in his report.

And in a land with a church on every street corner this is indeed a damning indictment on the American church – which has itself, in many of its incarnations, adopted the culture of greed and materialism which, before our eyes, is causing the downfall of the nation. Interestingly the most religious part of our own country, Northern Ireland, continues to have the highest suicide rate in the UK.

What can we say ? Well, religion, as many meet it, is certainly not the answer. People have a spiritual hunger – but we who call ourselves ‘Christian’ have so often failed them by offering something other that the One who alone can satisfy the longing of every human heart.

The answer is not in religion – but in a person. In our days of loneliness and despair – in our dark nights of hopelessness and pain (and every one of us has them) – we need One to turn to when no one else can help. All of us, at some point in life, can witness with the cry of the David – ‘Lord, I cry out to you out of the depths of my despair! Hear my voice, O God’! And many can witness to his subsequent experience of God – ‘He has a thousand ways to set you free’! (Psalm 130 TPT). And – ‘I cried out to you in my distress, the delivering God, and from your temple-throne you heard my troubled cry. My sobs came right into your heart and you turned your face to rescue me’. (Psalm 18:6 TPT)

I am not taking away from the deep pain and suffering many find themselves in at this moment in history or the underlying reasons, unfairness and injustice so many feel. But if we are to rise again and be fully human – we need to find hope once again in the God of all comfort revealed to us in the person of Jesus Christ. 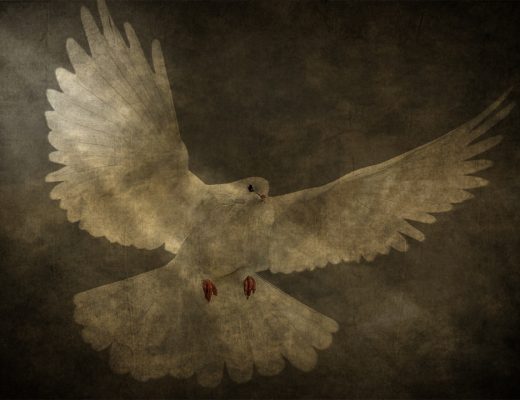 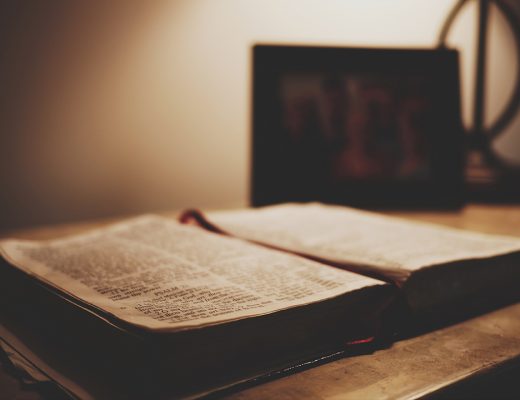 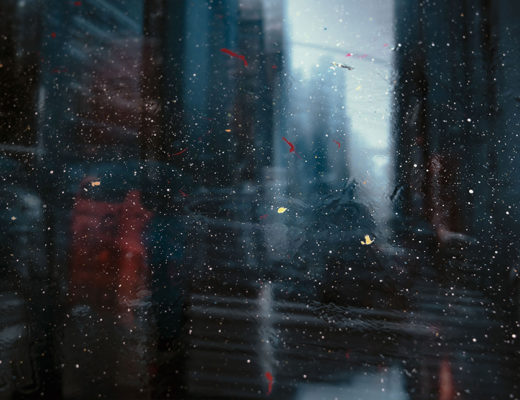