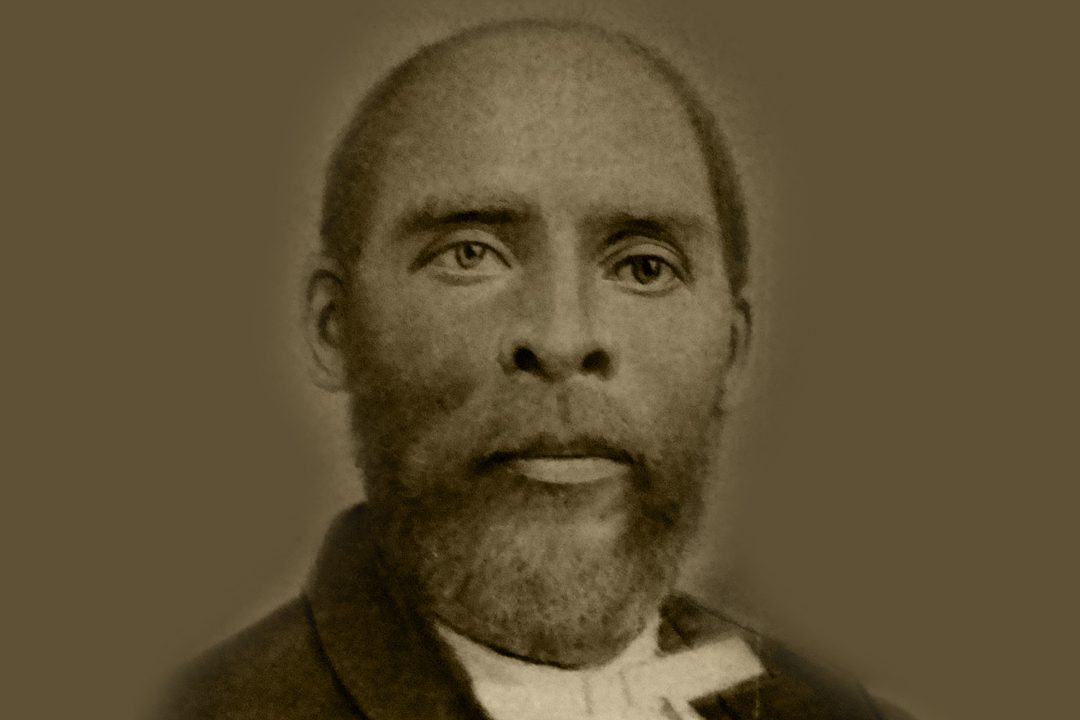 Sometimes we are introduced to a historical figure we have never met before. Thanks to Brad Allan for introducing me this week to John Jasper. I was fascinated by his story and what follows is a little of the history of his remarkable life.

John Jasper was Born into slavery on July 4, 1812 in Fluvanna County, Virginia. It is said he was the youngest of twenty-four children and was not born until two months after his father’s death. John grew up on a plantation where he worked in the fields. Later, as a grown man was taken to the city of Richmond to work in a tobacco factory owned by one Samuel Hargrove. John became a “a stemmer” – working with the well-cured tobacco leaf in preparation for a product used by tobacco-chewers. He remained a slave for 50 years.

One day in his workplace John, who was still illiterate at this time in his life, had a remarkable experience which was to change his life forever. He tells the story here in his own words –

“I was seekin’ God six long weeks–jes’ ’cause I was sich a fool I couldn’t see de way De Lord struck me fus’ on Cap’tal Squar’, an’ I left thar badly crippled. One July mornin’ somethin’ happen’d. I was a tobarker-stemmer–dat is, I took de tobarker leaf, an’ tor’d de stem out, an’ dey won’t no one in dat fac’ry could beat me at dat work. But dat mornin’ de stems wouldn’t come out to save me, an’ I tor’d up tobarker by de poun’ an’ flung it under de table. Fac’ is, bruthr’n, de darkness of death was in my soul dat mornin’. My sins was piled on me like mount’ns; my feet was sinkin’ down to de reguns of despar, an’ I felt dat of all sinners I was de wust. I tho’t dat I would die right den, an’ wid what I supposed was my lars breath I flung up to heav’n a cry for mercy. ‘Fore I kno’d it, de light broke; I was light as a feather; my feet was on de mount’n; salvation rol’d like a flood thru my soul, an’ I felt as if I could ‘nock off de fact’ry roof wid my shouts.

“But I sez to mysef, I gwine to hol’ still till dinner, an’ so I cried, an’ laffed, an’ tore up de tobarker. Pres’ntly I looked up de table, an’ dar was a old man–he luv me, an’ tried hard to lead me out de darkness, an’ I slip roun’ to whar he was, an’ I sez in his ear as low as I could: ‘Hallelujah; my soul is redeemed!’ Den I jump back quick to my work, but after I once open my mouf it was hard to keep it shet any mo’. ‘Twan’ long ‘fore I looked up de line agin, an’ dar was a good ol’ woman dar dat knew all my sorrers, an’ had been prayin’ fur me all de time. Der was no use er talkin’; I had to tell her, an’ so I skip along up quiet as a breeze, an’ start’d to whisper in her ear, but just den de holin-back straps of Jasper’s breachin’ broke, an’what I tho’t would be a whisper was loud enuf to be hearn clean ‘cross Jeems River to Manchester. One man sed he tho’t de factory was fallin’ down; all I know’d I had raise my fust shout to de glory of my Redeemer.

But for one thing thar would er been a jin’ral revival in de fact’ry dat mornin’. Dat one thing was de overseer. He bulg’d into de room, an’ wid a voice dat sounded like he had his breakfus dat mornin’ on rasps an’ files, bellowed out: ‘What’s all dis row ’bout?’ Somebody shouted out dat John Jasper dun got religun, but dat didn’t wurk ‘tall wid de boss. He tell me to git back to my table, an’ as he had sumpthin’ in his hand dat looked ugly, it was no time fur makin’ fine pints, so I sed: ‘Yes, sir, I will; I ain’t meant no harm; de fus taste of salvation got de better un me, but I’ll git back to my work.’ An’ I tell you I got back quick.

Bout dat time Mars Sam he come out’n his orfis, an’ he say: ‘What’s de matter out here?’ An’ I hear de overseer tellin’ him: ‘John Jasper kick up a fuss, an’ say he dun got religun, but I dun fix him, an’ he got back to his table.’ De devil tol’ me to hate de overseer dat mornin’, but de luv of God was rollin’ thru my soul, an’ somehow I didn’t mind what he sed. Little aft’r I hear Mars Sam tell de overseer he want to see Jasper. Mars Sam was a good man; he was a Baptis’, an’ one of de hed men of de old Fust Church down here, an’ I was glad when I hear Mars Sam say he want to see me. When I git in his orfis, he say: ‘John, what was de matter out dar jes’ now?’–and his voice was sof’ like, an’ it seem’d to have a little song in it which play’d into my soul like an angel’s harp. I sez to him: ‘Mars Sam, ever sence de fourth of July I ben cryin’ after de Lord, six long weeks, an’ jes’ now out dar at de table God tuk my sins away, an’ set my feet on a rock. I didn’t mean to make no noise, Mars Sam, but ‘fore I know’d it de fires broke out in my soul, an’ I jes’ let go one shout to de glory of my Saviour.’

Mars Sam was settin’ wid his eyes a little down to de flo’, an’ wid a pritty quiv’r in his voice he say very slo’: ‘John, I b’leve dat way myself. I luv de Saviour dat you have jes’ foun’, an’ I wan’ to tell you dat I do’n complain ’cause you made de noise jes’ now as you did.’ Den Mars Sam did er thing dat nearly made me drop to de flo’. He git out of his chair, an’ walk over to me and giv’ me his han’, and he say: ‘John, I wish you mighty well. Your Saviour is mine, an’ we are bruthers in de Lord.’ When he say dat, I turn ’round an’ put my arm agin de wall, an’ held my mouf to keep from shoutin’. Mars Sam well know de good he dun me. Art’r awhile he say: ‘John, did you tell eny of ’em in thar ’bout your conversion?’ And I say: ‘Yes, Mars Sam, I tell ’em fore I kno’d it, an’ I feel like tellin’ eberybody in de worl’ about it.’ Den he say: ‘John, you may tell it. Go back in dar an’ go up an’ down de tables, an’ tell all of ’em. An’ den if you wan’ to, go up-stars an’ tell ’em all ’bout it, an’ den down-stars an’ tell de hogshed men an’ de drivers an’ everybody what de Lord has dun for yor.’ By dis time Mars Sam’s face was rainin’ tears, an’ he say: ‘John, you needn’ work no mo’ today. I giv’ you holiday. Aft’r you git thru tellin’ it here at de fact’ry, go up to de house, an’ tell your folks; go roun’ to your neighbours, an’ tell dem; go enywhere you wan’ to, an’ tell de good news. It’ll do you good, do dem good, an’ help to hon’r your Lord an’ Saviour.’

Oh, dat happy day! Can I ever forgit it? Dat was my conversion mornin’, an’ dat day de Lord sent me out wid de good news of de kingdom. For mo’ den forty years I’ve ben tellin’ de story. My step is gittin’ ruther slo’, my voice breaks down, an’ sometimes I am awful tired, but still I’m tellin’ it. My lips shall proclaim de dyin’ luv of de Lam’ wid my las’ expirin’ breath.

Ah, my dear ol’ marster! He sleeps out yonder in de ol’ cemetery, an’ in dis worl’ I shall see his face no mo’, but I don’t forgit him. He give me a holiday, an’ sent me out to tell my friends what great things God had dun for my soul. Oft’n as I preach I feel that I’m doin’ what my ol’ marster tol’ me to do. If he was here now, I think he would lif’ up dem kin’ black eyes of his, an’ say: ‘Dat’s right, John; still tellin’ it; fly like de angel, an’ wherever you go carry de Gospel to de people.’ Farewell, my ol’ marster, when I lan’ in de heav’nly city, I’ll call at your mansion dat de Lord had ready for you when you got dar, an’ I shall say: ‘Mars Sam, I did what you tol’ me, an’ many of ’em is comin’ up here wid da robes wash’d in de blood of de Lam’ dat was led into de way by my preachin’, an’ as you started me I want you to shar’ in de glory of da salvation. ‘An’ I tell you what I reek’n, dat when Mars Sam sees me, he’ll say: ‘John, call me marster no mo’; we’re bruthers now, an’ we’ll live forever roun’ de throne of God.”

Following his conversion John began preaching – something he did as a slave for the next 25 years – despite the fact that Virginia law expressly prohibited blacks from preaching.

In April 1865, after working in the rolling mill in Richmond, Jasper was given his freedom. In 1867, after the Civil War and at the age of 55, he organized the Sixth Mount Zion Baptist Church in a horse stable with nine members and a $9 per week salary.  The congregation grew from nine members to more than 1,000 and soon 2,000. Jasper reached the height of his preaching ministry as pastor of Sixth Mount where he served for more than 30 years.*

John described his sermon preparation this way: “First, I read my Bible until a text gets hold of me. Then I go down to the James River and walk in it. Then I get into my pulpit and preach it out.” *

John Jasper died March 28, 1901, at the age of 89, a celebrated, respected and prominent preacher. His last words were, “I have finished my work and am down at the River, looking for further orders.”* 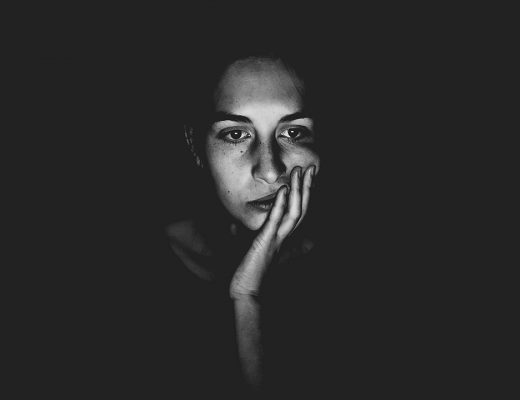 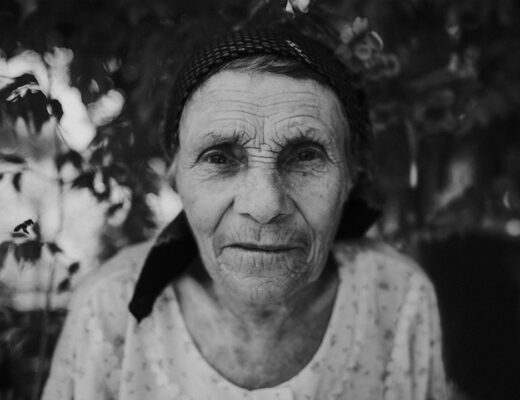 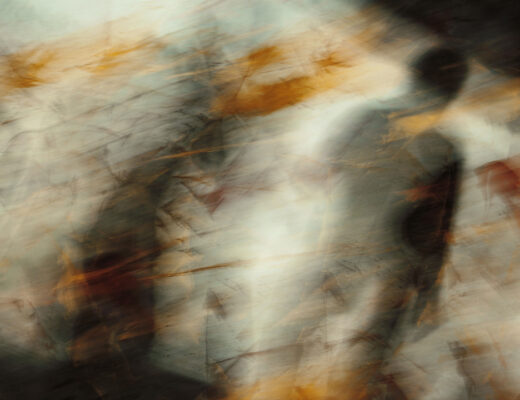 The Mind of the Heart