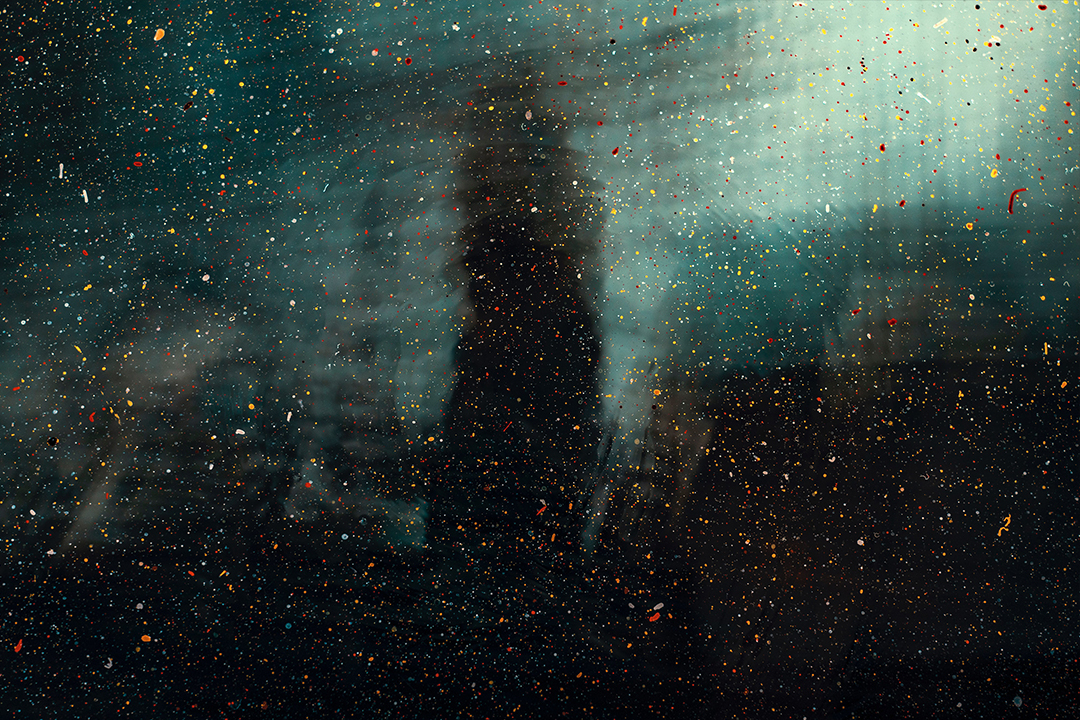 The apostle Paul prays that the early Christians might acknowledge ‘the mystery of God’ (Colossians 2:2) while a wise man writing in the Torah states ‘As you do not know the path of the wind, or how the body is formed in a mother’s womb, so you cannot understand the work of God, the Maker of all things.’ (Ecclesiastes 11:5).

The mystery to me is that there are those within my tradition who refuse to acknowledge the mystery of God and proclaim that the mysterious Other – the Holy God worshiped by both the Jewish and early Christian community can be apprehended by reason alone. This point of view appears to have come into vogue during the 17th century when it became popular to believe that all things should be subservient to reason (Rationalism). This is a complex subject which is not my aim to address here. However, this philosophy had and has, down to our own day and within my own religious tradition, very often had the devastating effect of imprisoning God within the walls of human reason alone. Consequently he can now be quantified and studied scientifically and theologically to the satisfaction of the purely rational mind.

In efforts to reinforce such a rationalistic philosophy and further neuter the biblical God it was also proposed that he be stripped of his ability to communicate with his creation other than exclusively through the written words of the Bible.

In my tradition, in more recent times, the hero of this heresy was a man called B. B. Warfield (1886 – 1902). He taught, effectively, that God could no longer reveal himself directly to any individual due to the fact that time had moved on and the completed Bible was now sufficient for everyone. The twisting of biblical texts to accommodate this view is breathtaking. We are told today that the theory of evolution has dispensed with the need for any belief in a Creator God. So also the view I am referring to (called Cessationism) has effectively killed God. No longer can he reveal himself (other than through the words of the Bible) no longer has he the ability to heal, to comfort, to give assurance or give warning regarding the future or specific events in a person’s life. In reality he is mute, silent – and cannot speak even if he wanted to.

I truly wonder why those who believe this pray – for their god cannot answer – he is no longer the God of Elijah who could answer clearly and with fire – rather he has been reduced to a Baal like god who cannot speak. No longer can they pray with Elijah – ‘Answer me, Lord, answer me, so these people will know that you, Lord, are God ..’ or with Samuel who could say – ‘Speak, for your servant is listening.’

However, my friends who hold to this doctrine have a problem (although some go so far as to hide it) as far as their tradition is concerned – especially here in the Highland and Island of Scotland. For ours was not, until recently, a religious community that denied the active, involved, interested, living, speaking God of revelation – but was replete with men and women who held such communion with God that He both spoke and revealed himself to them in miraculous ways – ways which Mr. Warfield would have considered counterfeit. What a slur on our godly forefathers and their spirituality which so far exceeded ours! They are well know to many – Rev. John Porteous, Kilmuir-Easter, Ross-shire, Rev. John MacRae of Kintail (Big MacRae), Tormod Sona (Happy Norman) Lewis, Aonghas Nam Beann (Angus of the Hills) Lewis, Norman Paterson of Strond, Harris and Da-riridh, Glenurquhart and Harris among many others as well as in more recent times people like Chirsty Mary Morrison of Harris. These were all people who walked in communion with a God who spoke, directed and revealed himself in the most miraculous ways. How dare we reduce their God to a pitiful silent being restricted by our estimation of him? Furthermore, I can think of no greater offence than to imply that these godly people were mad, bad or deluded.

However, the mystery of God is not restricted  to the more mystical aspects of his nature – or if you like the unknown aspects of the One who is altogether Other. Even in the revelation of himself we see, as the Apostle Paul said ‘through a glass, darkly’. Here, very often we are forced to face mystery, apparent contradiction and events which stretch the limit of human reason. However, it appears to me that the biblical writers and the early church, unlike many today, had no problem in living with mystery – something I think we all have, at some point, to reconcile ourselves with. I’ll leave you with some thoughts on the matter by the early church leader Gregory Nazianzen c.329 – 390. As I read these words, not only am I struck by the mystery – but above and beyond that the majesty and glory of it all!

‘He was wrapped in swaddling clothes, but when he rose from the tomb he laid aside the shroud … ‘He had no form or comeliness’ (Isaiah 53.2) but on the mountain he shone with a splendour more dazzling than the sun – the foretaste of his future glory. As man he was baptised, but as God he washed away our sins. He has no need of purification, but he washed to sanctify the waters, as man he was tempted, but as God he triumphed, and he exhorts us to be confident because he had ‘overcome the world (John 16.33). He was hungry, but he fed thousands and he is ‘ the living bread which came down from heaven’ (John 6.51). He was thirsty, but he cried, ‘If anyone thirst, let him come to me and drink,’ and he promised that believers should become springs of living water (John 7.37f.). He knew weariness, but he is rest for ‘all who labour and are heavy laden (Matthew 11.28). He prays but he answers prayers. He weeps, but wipes away tears. He asks where Lazarus has been laid, for he is man; but he raises him to life, for he is God. He is sold, dirt cheap, for thirty pieces of silver, but he redeems the world, at great cost, with his own blood … He was weak and wounded, but he cures all infirmity and all weakness. He was nailed to the wood and lifted up, but he restores us by the tree of life … He dies but he brings life, and by his own death destroys death. He is buried, but he rises again. He descends into hell, but rescues the souls imprisoned there.’

None of what is said above is to detract from the importance of the Bible or the place of reason in our study and understanding of it. We are created with a rational mind as much as a spiritual mind (the mind of Christ). Nor is it to detract from the revelation of the mystery we find in the God man – Jesus and through the NT writers.

I believe the reason for the promotion of the rational over the spiritual/mystical is that, as products of western philosophical thinking and education, we crave certainty not mystery. However, God will not be restricted by our rational or theories – he is still the glorious Other 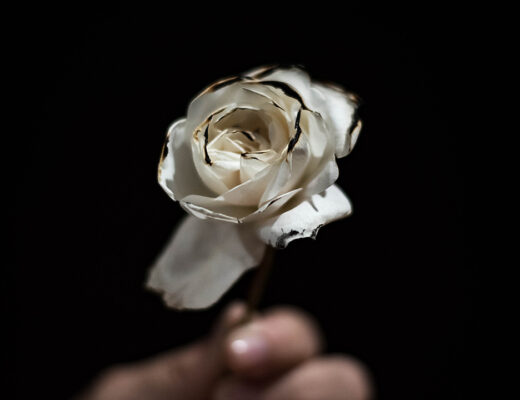 A question of belief VII 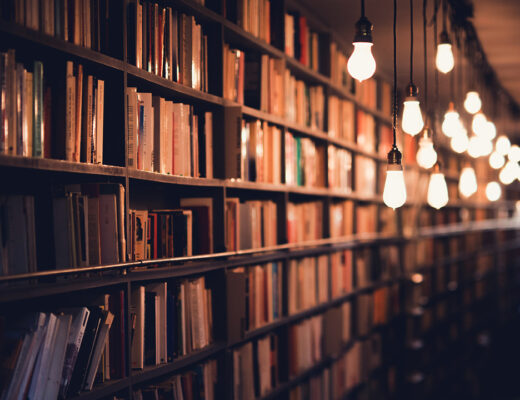 A Question of Belief II 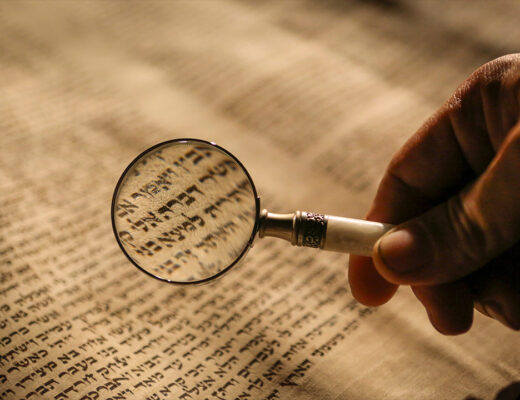